From 27 to 29 January 2015, ten children from Fanafo, Showground, Radio Station, Chapuis and Solway, with their parents, will come together at Chapuis in a special creative arts workshop. Guiding them in their activities will be a supporting team made up of artistic leaders and an educational representative from Luganville. 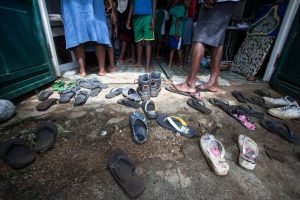 This activity is an initiative of the Traditional Entertainment and Kastom Support (TEKS) section of Further Arts, an NGO based in Port Vila and working throughout Vanuatu for the development of Culture, Arts and Music. The children have been chosen from areas where TEKS has worked in the past. The workshop will bring them and their parents together in a natural environment to work and play, exchange culture, re-connect with kastom and create original works of art. 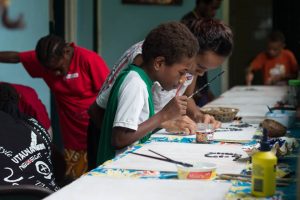 The children will be divided into two groups, with each group spending one day working on paintings and drawings and another day producing creations that use different kinds of materials from the town, the sea and the bush. The idea is that their productions will be inspired by their own individual cultures and backgrounds. 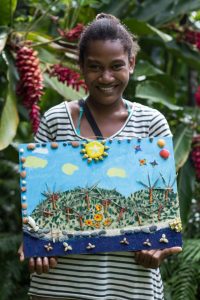 On the morning of the third day the participants will go on a field trip to Fanafo in the morning and spend time watching a kastom activity. Then they will return to Chapuis for a closing ceremony at which invited guests will view an exhibition of their work.

The TEKS Production Crew will be recording the workshop in photos.

Why a workshop for children? By bringing children and their parents together through this activity, Pikinini Creative Arts aims to highlight the relevance of kastom in the upbringing of Vanuatu children and identify and encourage children with artistic talent.

This workshop is only a first step. An invitation for a second workshop be held in the May school holidays will be sent to the same group and others. A workshop for older children is planned for the September holidays. TEKS will carefully store all the artworks and arrange for them to be displayed on occasions such as Independence Day and the Lukaotem Gud Santo Festival. 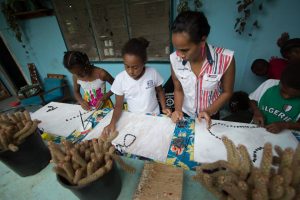 And the TEKS Unit has a vision for the future: “One day, Santo will have an art gallery where these children and other artists will be able to display and sell their work.”

TEKS Program is a collaborative undertaking between Canal Studio and Further Arts.  It aims to support TEKS Unit to undertake its activities in traditional knowledge and wisdom transfer, and cultural development, and to support Mini-Arts Festivals (MAFs) in Gaua, Port Olry, Fanafo, Hokua, and Ambrym.  It also aims to promote and preserve these cultural practices and engage young people in their diverse cultural heritage. 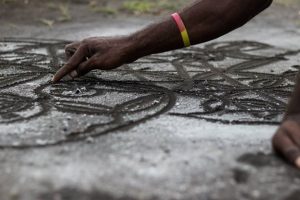 This project is supported by The Christensen Fund.

Read more about the activities of the TEKS Program.