Lon Marum is a TV-hour length documentary film depicting the relationship between language, culture, place, music, tradition, and magic – in the context of life on an active volcano. Lon Marum means “the path of the volcano” and when applied to the people of Emyotungan it means the “people who live in the path of the volcano”. Such is the profound relationship that the people of Emyotungan and West Ambrym have with the volcano. It exists underneath them, the porous volcanic ash soft underfoot is a low-yielding soil. It towers over them, trapping clouds and billowing out poisonous sulphur dioxide in industrial proportions. And it falls down on them in the form of acid rain ruining crops and destroying gardens. It permeates every corner of their existence informing everything from creation mythology through to current land tenure and kinship systems. 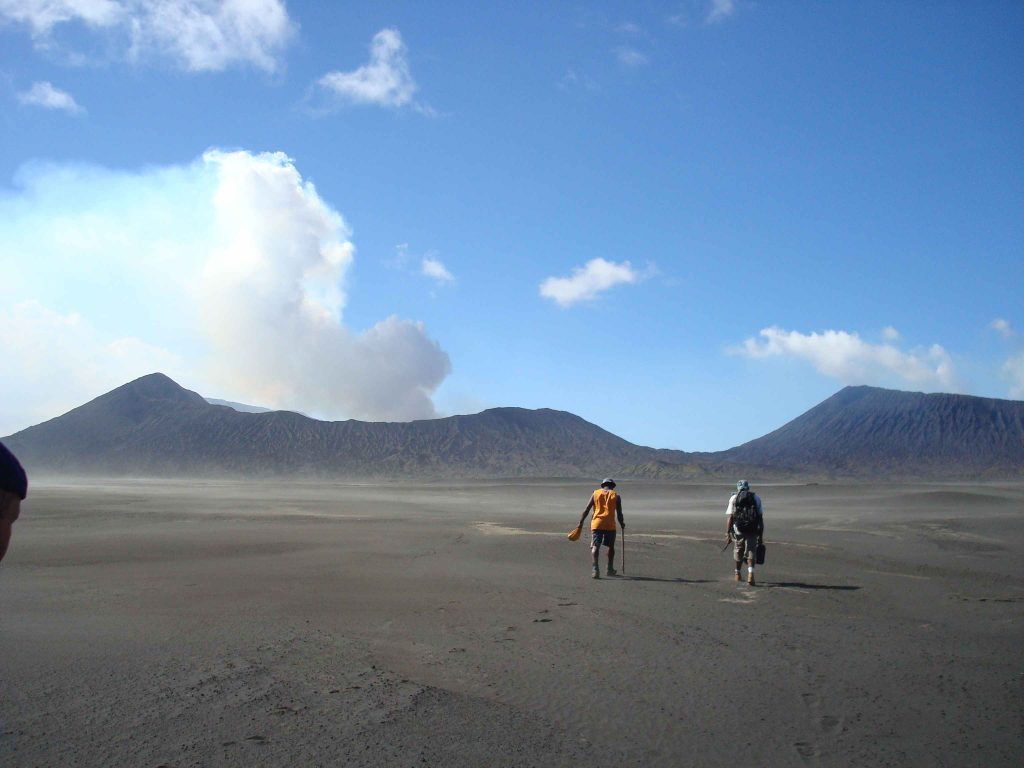 But the phrase Lon Marum also serves as the metaphor describing the relationship between the people of West Ambrym and the physical environment – and this forms the rhizome of the film’s narrative. The volcano features in the film – but as a spirit form, something omnipresent but invisible. The treatment of the volcano as a part of the spirit world reflects the cosmology of greater Melanesia where there is little or no distinction or boundary between the spirit world and the physical world. Magic, music, tradition, and dance are a fundamental part of daily life – all distilled through story and often visually accompanied by intricate sandrawings.

We follow a local community leader, and fieldworker for the Vanuatu Cultural Centre, as he takes us on a journey. This journey also reflects the metaphorical quality of “path” or “road” as it pertains to Lon Marum, the path of the volcano. We follow this man as he leads us through his community. It is a community that exists just as much as an abstract concept as it does in reality. It has some of the most complex kinship systems in the world, described by languages on the very brink of extinction, in one of the most linguistically diverse regions on the planet, within a traditional social and economic system which functions much as it did thousands of years ago.