Natano Pasifika” is a group of six talented traditional and contemporary Melanesian musicians promoting the fusion of modern music styles and indigenous music traditions. With instruments including the bush bass, ukulele, bamboo flute, guitar, tamtam and navarange, and traditional songs and traditional ‘Kastom’ dancing, Natano Pasifika display some of the rhythms and styles of Vanuatu and the South Pacific. 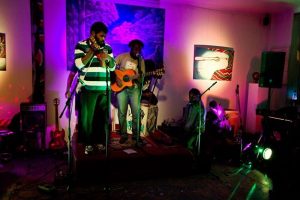 The band initially came together through Further Arts in Vanuatu and the Music Bridges project as part of a music exchange and development activity with other musicians from Pacific and African countries. Through the events in Vanuatu and Mozambique in 2013 and 2014, they have formed a cohesive ensemble performing at festivals in Maputo, and live shows in Brisbane,Australia and Port Vila, Vanuatu. 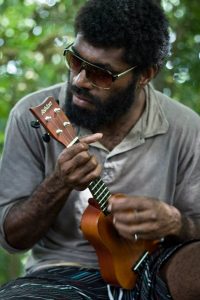 “Natano” is a word in Namakur language from Tongoa island in Vanuatu. It means ‘our land’. The name Natano Pasifika was chosen by the band to represent the Pacific islands as land rising from the ocean. 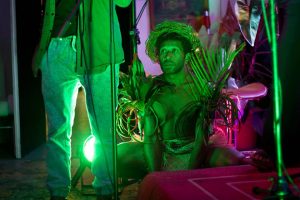