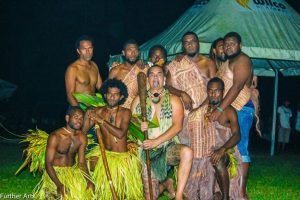 Many thanks to our friend, Horomona Horo, a Maori Tuhunga, for facilitating the workshop and performances with local musicians!

This event was part of the TEKS Program, an initiative of the Traditional Entertainment & Kastom Support Unit in Santo and Further Arts, and funded by The Christensen Fund. 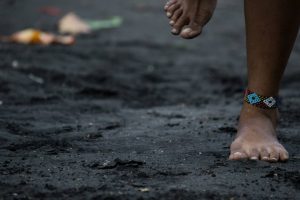 These photos were taken by the TEKS media crew (Nesar Studio) during the Emyo Tinyo Dance and Music Festival in Emyotungan Village on Saturday 8th November.

This festival was the first of its kind in the Fan area of West Ambrym drawing a crowd of over 300 people.

Musicians, dancers and artists from around Ambrym island, other islands of Vanuatu, and Melanesian countries, Papua New Guinea, Fiji, New Caledonia, West Papua and Solomon Islands, collaborated in the days leading up to the festival to create a group performance of songs and dances from the different islands and countries. Other festival activities included sanddrawing exhibitions, a lap lap demonstration, weaving lessons and public dances. 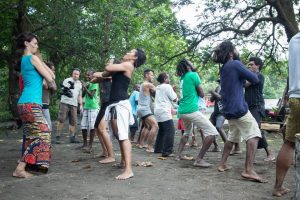 The event was made possible through the TEKS Program of Further Arts, which aims to promote and develop diverse cultural heritage in Vanuatu.

The Queensland Art Gallery l Gallery of Modern Art supported the participation of 13 performers from across Melanesia as part of the development of a project exploring Melanesian performance for ‘The Eighth Asia Pacific Triennial of Contemporary Art’ (APT8) 2015-2016. Alliance Française Port Vila and Fondation Suzanne Bastien also supported three Vanuatu-based performers and artists and a dancer from Kanaky to attend the festival. 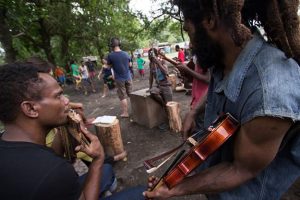 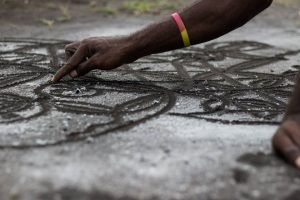 Other participants: Chief Talevu, Chief Bai, Joaquim, Mars, Ruth, Ben, Nicolas, and everyone on the village committee and in the village who helped!

Joaquim Rufat and Further Arts collaborated for this exhibition of drawings, photos, videos and dance at the Fondation Suzanne Bastien in Port Vila, Vanuatu. 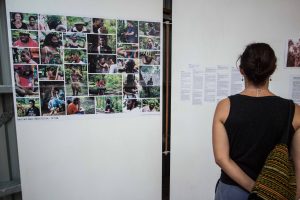 The exhibition displays the best of Joaquim’s drawings done during the Emyo Tinyo Dance & Music Festival in Emyotungan village, West Ambrym in November 2014.  It also shows photos of the event and participants as well as a video produced by Nicky Kuautonga and Nesar Studio. 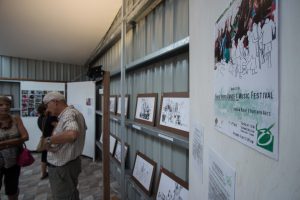