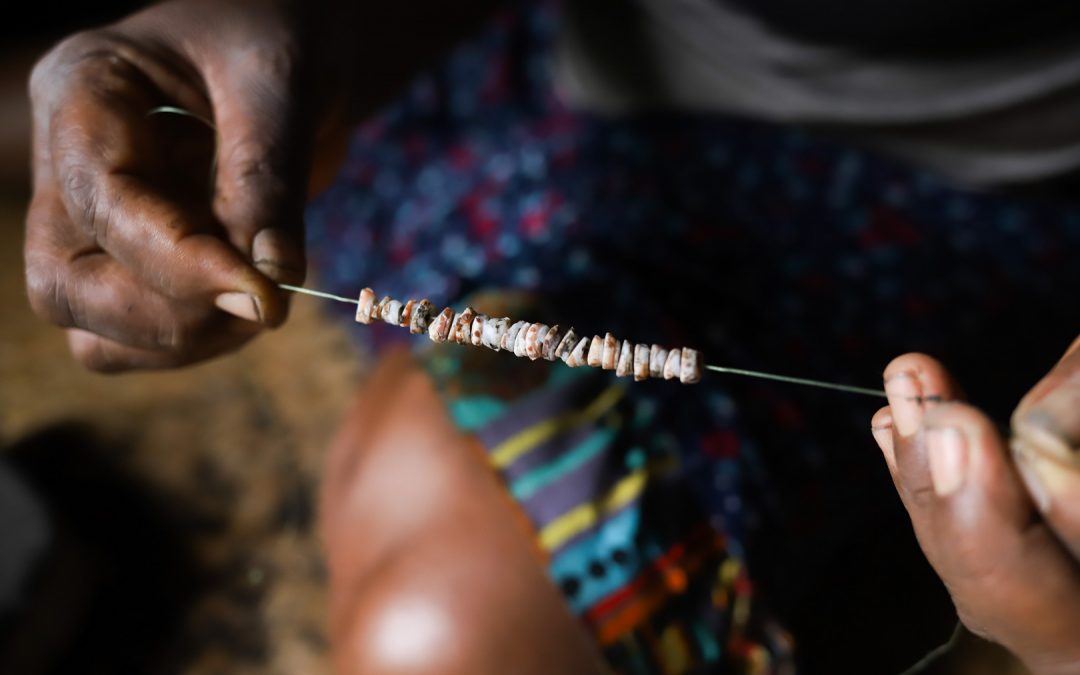 The shell money of the Banks Islands in northern Vanuatu is a complex value and exchange system that works like currency. Further Arts and partners (The Planet Spins, Lokol Eyes and the Vanuatu Cultural Centre) have recently discovered that some people are still producing it.

A documentary video was produced in 2018 about shell money production amongst women from Banks Islands, which was screened at the Maoriland Film Festival in 2019. This production was made possible with the support of the Tulalip First Nations Tribe.

In 2019, we have commenced a research documentation project, led by Dely Roy Nalo, an indigenous ni-Vanuatu researcher, to further investigate and document the material practice of shell money. We wish to generate new understandings of this fascinating system and prioritise new ways of valuing the practice of shell money exchange.

This work is funded by the British Museum’s Endangered Material Knowledge Programme, supported by Arcadia – a charitable fund of Lisbet Rausing and Peter Baldwin.

In October 2019, Dely Roy Nalo led a field research visit to Motalava, Rah, Ureparapara and Rowa Islands to learn about shell money production, value and use – both historically and at present. The selection of photos below, taken by photographer Sarah Doyle, provide a glimpse into that journey.

We are currently developing stories, videos and recordings to bring to you the findings of our research, rich with the stories of people and communities who have so generously shared with us. We intend for this work to benefit those communities and future generations, as well as inspiring others.